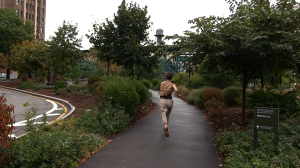 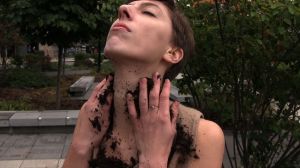 As the Co-chair for NYC Light 2015, several public art projects will be produced in 2015. Our theme is access and we want to give artists opportunities to shine. Here is one we are looking forward to seeing and its digitally based.

Video by The Fleet

The Fleet is a group of professional dance artists who specialize in dance video production. We are Quentin Burley, Maddie Irmen, and Ellen Maynard.

Quentin Burley is a dance artist based in Brooklyn. He has spent the past few years as a freelance videographer, capturing performances ranging from downtown dance to a one-man clown show.  He is the Artistic Director of Quentin Burley Dance Group, which has presented work at The Red Bean Studios and Triskelion Arts. He has also had the pleasure of performing with Dante Brown | Warehouse Dance, The Moving Architects, and The Median Movement. He hails from Youngstown, Ohio and received a BFA in Dance and a BA in Philosophy from The Ohio State University in 2013.

Madeline Irmen began her videography career directing her own Harry Potter films with her cousins long before Warner Bros. began their series. Since that time, she has transitioned from home videos to artful dance film. She graduated summa cum laude with a BFA in Dance from the Ohio State University, where she met and began working on many film and stage projects with her fellow members of The Fleet. Madeline enjoys being on both ends of the lens as well as on top of the paperwork. She currently dances for several choreographers in New York City and bakes chocolate chip cookies as often as she can.

Ellen Maynard graduated summa cum laude with a BFA in dance and a minor in Video Art from The Ohio State University. Ellen’s dance films have placed in festivals including the International 60 Seconds Dance Film Festival, the 9th International Screendance Festival, and the Third Coast Dance Film Festival. She is currently choreographing site-specific works, both live and filmed, for The West Harlem Arts Fund. Last year at Bates Dance Festival, Ellen was director of photography for Stephan Koplowitz’s dance film installation work-in-progress, and she will return this year as festival videographer. Ellen loves exercising her creativity, whether it be through dance, film, photography, or painting. She grew up in Phoenix, Arizona and then moved to San Diego, California. She loves to surf and enjoys the beauty of the West Coast.