The Executive Director of the West Harlem Art Fund in collaboration with WBAI FM Radio will host a community screening of the short film Ellis directed by the artist JR and starring Robert DeNiro on Friday, November 13th in Brooklyn.

The evening will begin with the permanent launch of the show, “State of the Arts” hosted by Savona Bailey-McClain from 5-6 p.m. and then the screening of the short film in the street level space of The Commons located at 388 Atlantic Avenue. After the screening, there will be a live discussion about the film, the use of public space and how we can continue to build communities in NYC.

About the Director and Producer JR

JR exhibits freely in the streets of the world, catching the attention of people who are not typical museum visitors. In 2011 he received the TED Prize, after which he created Inside Out, an international participatory art project that allows people worldwide to get their picture taken and paste it to support an idea and share their experience. His most recent installations include a collaboration with New York City Ballet, a huge installation on the Panthéon in Paris and the pasting of a container ship.

He recently directed the short documentary Les Bosquets, based on the story of Ladj Ly and the performance of the ballet Les Bosquets of New York City Ballet (2014) inspired by the riots in the French suburbs in 2005. JR also directed Face to Face, Women are Heroes, and Wrinkles of the City – Cuba. 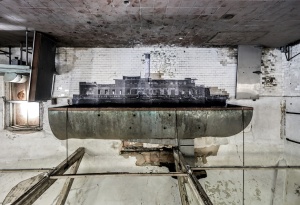 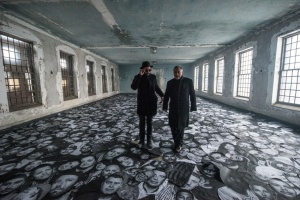