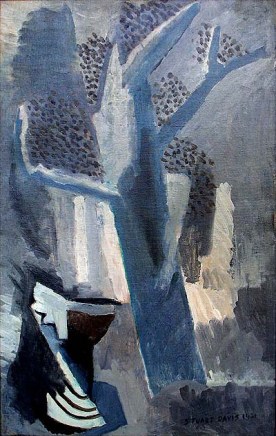 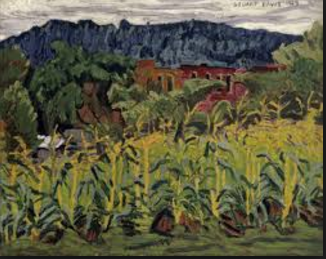 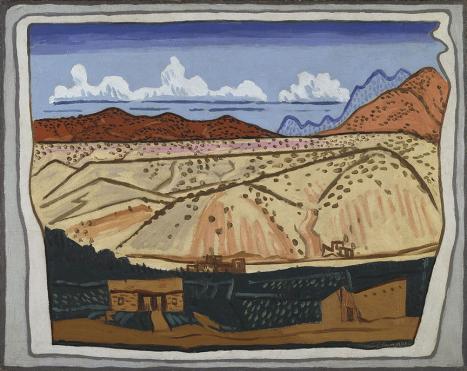 Stuart Davis (1892–1964) is one of the preeminent figures of American modernism. With a long career that stretched from the early twentieth century well into the postwar era, he brought a distinctively American accent to international modernism. Faced with the choice between realism and pure abstraction early in his career, Davis invented a vocabulary that harnessed the grammar of abstraction to the speed and simultaneity of modern America. By merging the bold, hard-edged style of advertising with the conventions of European avant-garde painting, he created an art endowed with the vitality and dynamic rhythms that he saw as uniquely modern and American. In the process, he achieved a rare synthesis: an art that is resolutely abstract, yet at the same time exudes the spirit of popular culture. 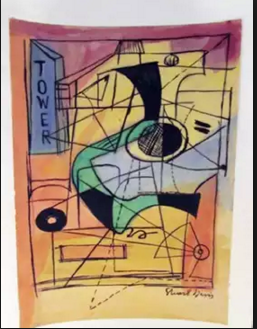 Davis was born during the Progressive Era, a time when America had a growing sense of optimism about itself as a nation through its technologies and management in the material and social realm. Through this, Davis had a great sense of pride in being American and led to him creating several works centered on a “Great America”. After his training from Henri, Davis would walk around the streets of New York City for inspiration for his works. His time amongst the public caused him to develop a strong social conscience which was strengthened through his friendship with John Sloan, another anti-institutional artist. Additionally, Davis frequented the 1913 Armory Show (in which he exhibited his work), to further educate himself on modernism and its evolving trends. Davis acquired an appreciation and knowledge on how to implement the formal and color advancements of European modernism, something Henri did not focus on, to his art. In 1925, the Société Anonyme put on an exhibit in New York with several pieces by the French artist Fernand Léger. Davis had a large amount of respect for Léger because like Davis, Léger sought the utmost formal clarity in his work. Davis also appreciated Léger’s work for the subject matter: storefronts, billboard and other man-made objects. In the early 1930s after returning from a trip to Europe to visit several art studios, Davis was re-energized in his identity in his specific work. Previously, he saw Europe as a place bursting at the seams with talented artists, but now he felt as if he was of the same caliber if not greater than his European counterparts. According to Davis, his trip “allowed me to observe the enormous vitality of the American atmosphere as compared to Europe and made me regard the necessity of working in New York as a positive advantage.” 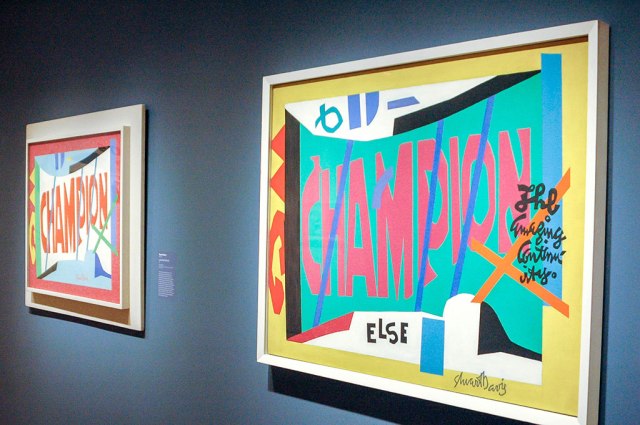