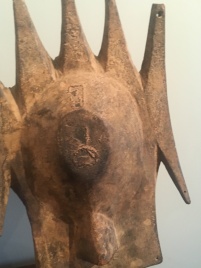 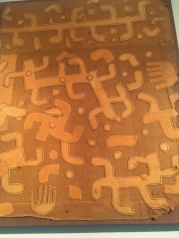 The inspiration and influence that African art had on artists such as Picasso, Matisse, and Modigliani shows its importance in the art world.

Tribal art collector Clamra Celestin shares, a high degree of sensitivity and education is needed to get people interested in collecting African tribal art. Africans have the sensitivity to the art that comes from watching and participating in the dances in the villages. But then it requires a level of education that enables one to see the pieces as works of art that one would want to live with. For many in America, including African-Americans, there has been a prejudice associating art from Africa with sorcery and black magic. This propaganda has stigmatized the art, and many African-Americans turn away from their heritage rather than embracing it.

Hear Clamra Celestin speak this Saturday, June 2nd at 1 pm on Governors Island in 404A Colonel’s Row. This talk which will be recorded is apart of the exhibition Early Encounters.

According to Antique Magazine, when collecting tribal art, one should study the subject and treat it like a degree. Choose one area and learn as much as you can. Consider the iconography of the area or tribe. Most tribes have a set way of creating the form and shape of their artifacts. African art tends to follow a set of prescribed values and traditions. The sculptor in any community passes his knowledge on to his son and so on. Thus the traditions continue through the generations.

Occasionally an individual adds something new, either he introduces a more refined form, a different pose or slightly adapts the details, which makes the piece stand out from its peers. That is when the piece becomes alive. For Western eyes it denotes the difference between the work of a skilled craftsman and an artist.

Despite what many collectors and dealers will tell you, good work can still be found in Africa itself. Mostly these objects are not being used for their original purpose or in their original environments. There are a considerable number of expats, or colonial families, resident for two or more generations, who have collected pieces which they treasure. Also some tribal elders have pieces from their forebears that they still hold dear. As a collector of tribal art the secret is to look everywhere. For me, the quest to find academically interesting, undiscovered and diverse objects is key. 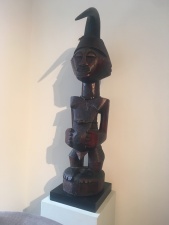