As a museum we hope that this exhibition will make an impact. HERE. Black in Rembrandt’s Time makes a powerful statement about black presence and representation in the Netherlands, about better looking and blind spots, about having a voice and a changing image.” – Lidewij de Koekkoek, Director of The Rembrandt House Museum

The stereotypes that would later fix the image of black people did not yet predominate. Black people were not just secondary figures in subordinate roles, but often the subjects of the works of art.

The exhibition also tells the stories behind the works. Between around 1630 and 1660 there was a small community of free black people around Jodenbreestraat, in Rembrandt’s neighbourhood. Recent research has revealed a lot more about these Afro-Amsterdammers. In that same period black people are most often represented in works of art without negative stereotyping, simply as they were.

This exhibition is made possible in part by Fonds 21, the Mondriaan Fund – the public fund for visual art and cultural heritage, the Nachenius Tjeenk Foundation, the Prince Bernhard Culture Fund, the Ten Hagen Fund and VSBfonds. The exhibition has been supported by the Dutch government: an indemnity grant has been provided by the Cultural Heritage Agency of the Netherlands on behalf of the Minister of Education, Culture and Science. 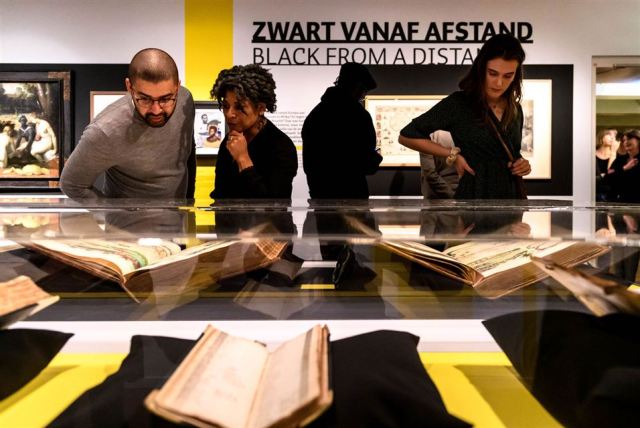