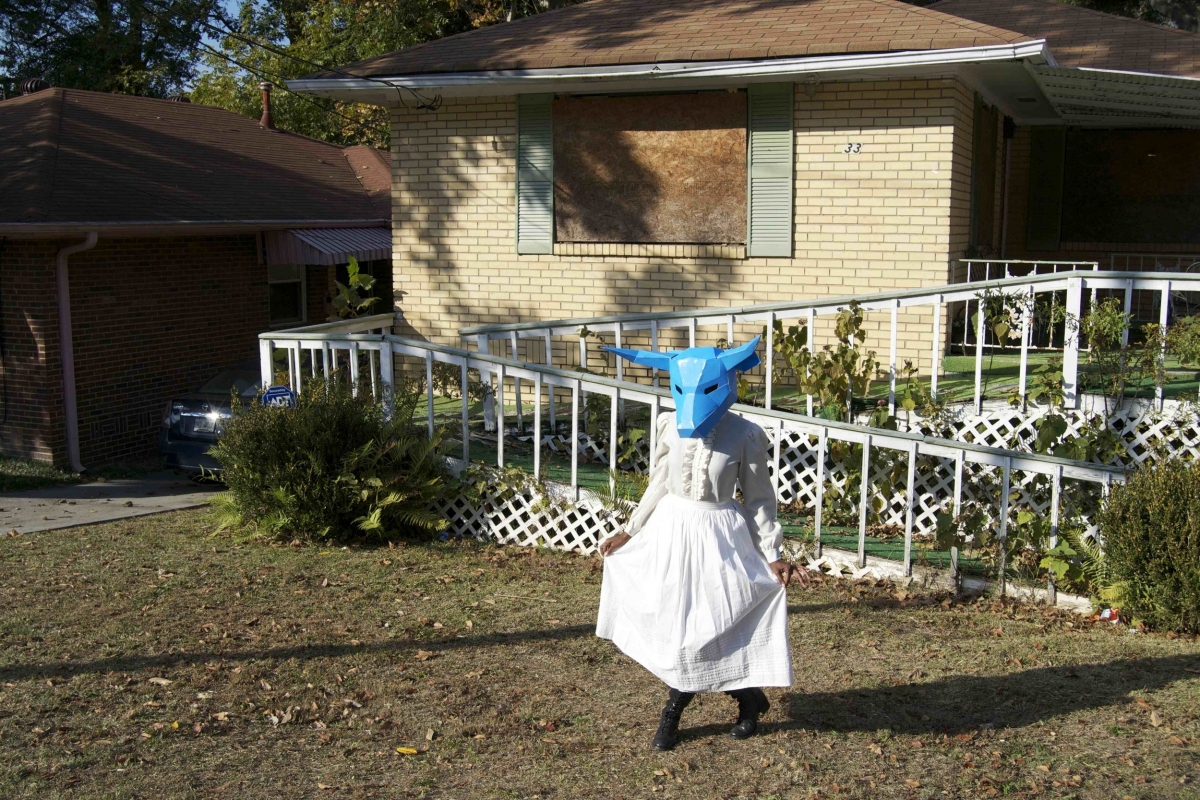 “I created a body of work which focused solely on the life story of Kathryn Johnston, a 92-year-old African-American woman living in the Bluff district of Atlanta, GA. She was shot and killed by two rouge police officers in 2006. These officers entered her home at 933 Neal Street, with a contrived no knock warrant. Since Kathryn’s death her home has been vandalized and terrorized leaving little room for peace to return to her home and restoration for the neighborhood overall. The desire throughout this work, was to reclaim space, time, and memory through paintings, performances, poetry, dance, song, and prayer.”