This new body of work investigates the challenges encountered by Black children as they strive to build their identity. The exhibition brings together paintings featuring both black and white backgrounds, including some of the largest works the artist has ever made.

Roberts celebrates the figures’ individuality by placing them in stark monochromatic spaces. Simultaneously powerful and vulnerable, heroic and insecure, the artist’s subjects reveal how systemic racism, gender politics and western beauty standards shape the way Black children grow up. Amongst the references that inform the series are prominent incidents of racism in the UK, including the recent case of Child Q.

By mastering collage – a medium used since the early twentieth century to challenge socio-political norms – Roberts exposes the inequities and violence of contemporary society. Composing works from found materials such as magazines, literature and photographs, the artist deconstructs stereotypes perpetuated by mainstream visual culture. Roberts juxtaposes these with hand-painted details, combining a range of skin tones, facial features, hairstyles and clothes to embrace an expansive view of Black identity.

Coinciding with Roberts’ exhibition at the gallery is an all-female group exhibition that explores the notion of collage. Co-curated by Roberts and Katy Hessel, founder of The Great Women Artists podcast, ‘From Near and Far’ includes works by Jordan Casteel, Lubaina Himid, Hudzanai-Violet Hawami and Amy Sherald amongst many others. 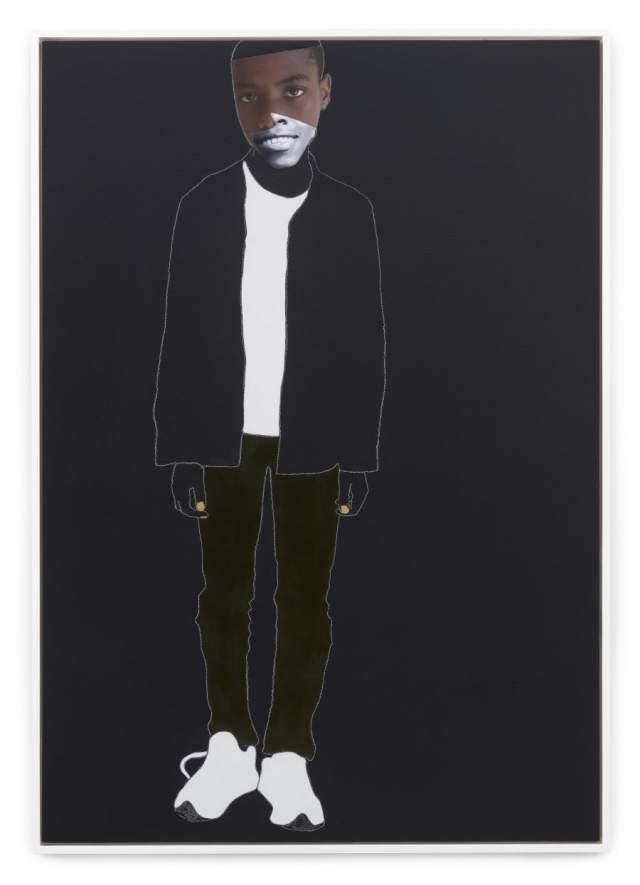 Deborah Roberts (American, b. 1962) is a mixed media artist whose work challenges the notion of ideal beauty. Her work has been exhibited internationally across the USA and Europe. Roberts’ work is in the collections of the Whitney Museum of American Art, New York, New York; Brooklyn Museum, New York, New York; The Studio Museum in Harlem, New York, New York; LACMA, Los Angeles, California; the Virginia Museum of Fine Arts, Richmond, Virginia and the Blanton Museum of Art, Austin, Texas, among several other institutions. She was selected to participate in the Robert Rauschenberg Residency (2019) and was a finalist for the 2019 Outwin Boochever Portrait Competition, as well as the recipient of the Anonymous Was A Woman Grant (2018), and the Pollock-Krasner Foundation Grant (2016). Roberts received her MFA from Syracuse University, New York. She lives and works in Austin, Texas. She has a solo exhibition opening Fall 2020 at The Contemporary Austin. Roberts is represented by Stephen Friedman Gallery, London and Susanne Vielmetter Los Angeles Projects, CA.