This exhibition took place in 2014 and 2015 with an international tour. The year 2020 pushed the dialog of inclusion and a move away from Eurocentrism. Hear what the curator had to say about this exhibition. 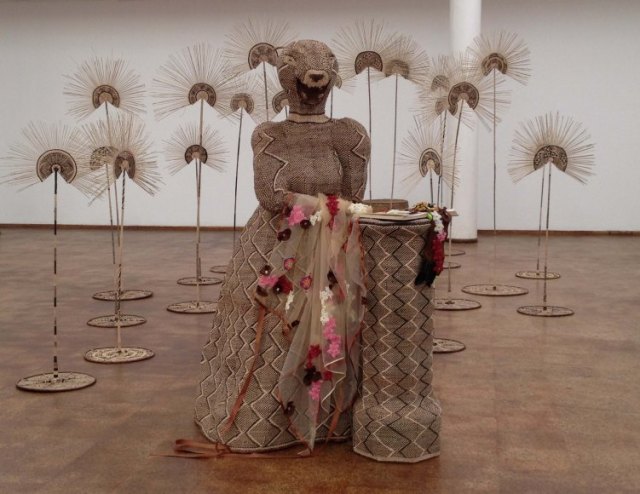 Consider an object examined from every possible angle. Chances are its shape will lend itself to shifting perceptions. Basket Case II is one such object. It embodies multiple forms and meanings depending on one’s position. It is a project which narrative is multilayered, a story told in languages specific to each of those who took part in its making.

When I was first invited to contribute to the development phase of the second edition of Basket Case, in the Summer 2012, two elements were crucial to the project. The first one was the preservation and dissemination of a cultural heritage: basket weaving; the second one was the sustainability, and possibly profitability, of a practice that contributes to the livelihood of predominantly women weavers often located in remote rural environments.

Before embarking on this project a process of translation had to be activated in order to figure out how a development project would translate into artistic terms. This led to more questions. Notably how does one bring good practice and ethics in management, together with artistic integrity and freedom. How does one reconcile institutional framework and structural grid with the unfathomable yielded by the grey matter, this unpredictable creative output that some still seek to format and tame?

The project had to make sense within the scope of a curatorial practice. As it happened, three points echoed with my own approach. The first one was the collaboration with women weavers and the emphasis on their empowerment. Indeed, since 2007 female representation in the arts and culture has been a key focus of a number of editorial and curatorial projects I have developed. This has been the result of my interrogation of margins and more precisely what it is that one finds within the artistic mainstream and who and what remains excluded from these platforms. In this respect, showcasing work produced in rural environment was a way to challenge the predominance of the urban/contemporary paradigm, often perceived as antagonistic to the rural/traditional; an aspect also reflected my curatorial vision. Finally, the cross-cultural and multidisciplinary setting required by the project allowed to break down a number of boundaries and hierarchies both applied to North/South relationships and to mediums such as craft, design and visual arts, that are usually separated and loaded with their own sets of values.

Once all these elements fell into place, within a curatorial narrative, came the moment to select artists and designers whose practice showed signs that it could engage in such creative dialogue and embrace the project’s philosophy. Years in the field have facilitated the identification of a number of possible participants, at which point Basket Case II became a concept articulated in the relevant vernacular.

The curatorial concept developed during the selection phase consisted in apprehending the basket as an object encapsulating both the notions of container and content. This dialectical approach extended to looking at weaving as both a technical and conceptual process. These two sets of understanding also extended to metaphorical interpretations such as weaving as a form of writing, the “thread” as a narrative, and intertwinement as a physical, emotional or cultural entanglement. Other aspects informing the project involved playing around notions of solid and empty surfaces, as well as the surface as form and medium.

The artists and designers gathered in this project are all conversant in these forms of conceptual language. Each of them was selected for their innovative and original creative practice. Additionally, every single one of them gave their own distinctive touch to the project. Although commissioning new pieces always entail an element of uncertainty, the artists and designers’ existing body of work pointed towards exciting features bound to be present in the new work. These include Ifeoma Anyaeji’s upcycling of material, notably plastic bags, and the repurposing of hair threading, a traditional hairstyling that is part of most African women’s experience. With Alexandra Bircken, one could expect the combination of her semi-abstract, organic pieces and experiments with fibre and fabric. In the words of Raphael Chikukwa, Chief Curator of the National Gallery of Zimbabwe, Tapfuma Gutsa has expressed an interest in basket weaving since the first edition of Basket Case in 2009/10. A versatile artist, Chikukwa writes, he “has always wanted to work with natural materials”.

In the course of her career, British Romany artist Delaine Lebas has shown a keen interest in oral history and traditions of cultures that continue to be marginalised by dominant discourses. She has also developed a multidisciplinary and collaborative approach that makes no case of the distinction between art and craft. Versed in the same vision, Michel Paysant pushes the boundaries of this kind of collaboration by linking the two extremes that are craft and science. His horizontal approach creates the most unusual creative dialogues. matali crasset and Sebastian Herkner, two internationally-acclaimed designers, had already expressed an interest in engaging with the African continent through architectural and design projects. In addition to their flair and innovative eye, both brought to the project their breadth of knowledge and a pragmatism one has to bear in mind when engaging with design.

But the most important part in this creative conversation was the five participating weaving communities our hosts and interlocutors: Binga Craft Centre (Binga), Bulawayo Home Industries (Bulawayo), Lupane Women’s Centre (Lupane), Step Trust (Honde Valley) and Zienzele Foundation (Masvingo). Each community was visited by the curators and organising team in 2013, in order to initiate a dialogue, understand the challenges they face, and develop a mutual understanding leading to a fruitful collaboration.

Basket Case II was delivered in two phases: artists residencies and design workshops held during spring and summer 2014; followed by an exhibition of the newly commissioned art, design and craft pieces. While non-prescriptive principles have guided the commissioning process, the stated curatorial intention was to foster a creative and practice-based dialogue between groups of weavers and the invited artists and designers; allowing both parties to share knowledge, experiment, push the boundaries of their medium, and come out with newly acquired techniques and a reinvigorated set of creative ideas. One key aspect to this project was to contribute to the sustainability of the weaving communities by creating pieces destined to be showcased internationally, with the potential to reach out to both the visual arts and design worlds.

As we prepared to inaugurate Basket Case II in the renovated National Gallery of Zimbabwe, Harare, in October 2014, it was important not to preempt the success of this project. One might consider as an achievement the fact that, thanks to the EUNIC Zimbabwe Cluster and all the partners involved, we have managed to create a cross-cultural encounter in a country which realities have often been distorted in the outside world. The feedback from each participant, whose first time it was to visit Zimbabwe, has proved it to be an enriching experience filled with curiosity, discovery and mutual understanding. For this I thank the artists and designers who accepted this invitation to take part in Basket Case II, and the weaving communities for being welcoming hosts. Both have shown a cultural and creative openness. Most importantly, this was and still is a collective human-to-human adventure. As a collective entreprise, Basket Case II has shown that craftsmen and women, designers and visual artists from different parts of the world are able to weave a common visual language.

But this should not stop here. Basket Case II is not a self-congratulatory exercise which success would be measured by the one showcase in Harare. This project should aim for a long-term life changing impact and sustainability for the women who live in the most remote corners of Zimbabwe; for those young women I have seen in Bulawayo and Lupane who continue a tradition passed on to them from one generation to the other. Young women who should be given the opportunity to own, appropriate and experiment with these traditions; and engage with their peers on the continent and why not, in the Diaspora.

These are the local creative minds that can show the world that our traditions are part of the contemporary in more ways that is actually acknowledged. It is time for these creative expressions to take centre stage.

To learn more about this exhibition and the artists click here. 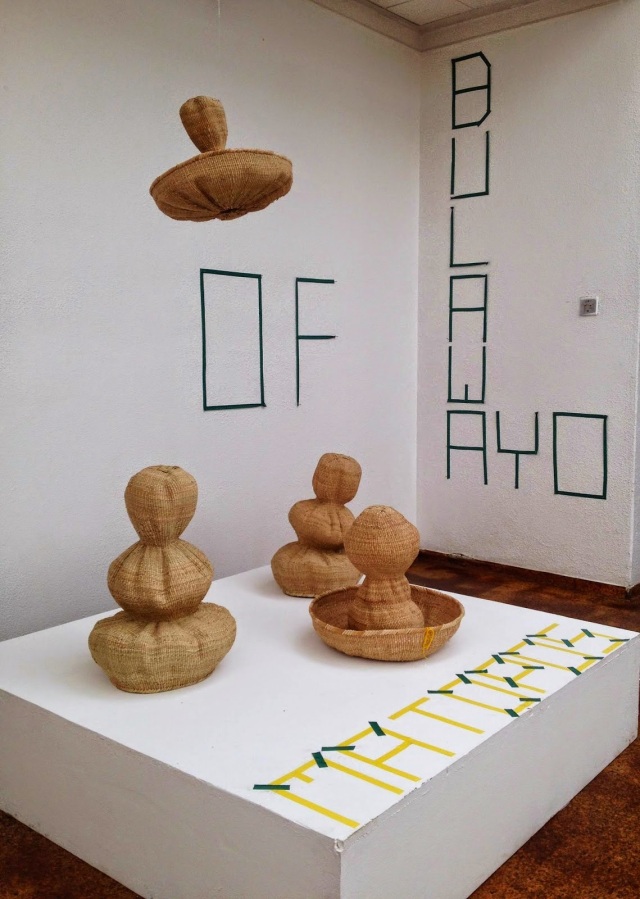