Luxembourg & Dayan based in the Upper East Side is pleased to announce Interior Life, an exhibition of new works by artist Derrick Adams, curated by Francesco Bonami. Inspired by a tenet of Catholic theology that describes “a life which seeks God in every- thing,” Interior Life is a mediation on the intimate spaces of one’s mind and home, each an analog for the other.

Opening to the public on February 26, 2019, the exhibition includes new portraits on paper from the artist’s ongoing Deconstruction Worker series, installed on custom wallpaper depicting imaginary domestic environments. Adams’ spatial exploration of the relationship between the intimate and the infinite finds an ideal setting at Luxembourg & Dayan’s New York gallery, which resides in the second smallest townhouse in Manhattan.

Adams’ artistic mission to devise spaces for his figures is advanced by a sophisticated and highly personalized architectural vocabulary. The fundamental processes and presentation strategies of architecture are important in his work: floor plans, ele- vations, sections, renderings, and construction all perform as developmental states in what he has described as “non-traditional aerial landscape portraits.” His Deconstruction Worker series consists of deftly collaged, kaleidoscopically geometric human figures that appear to live in concurrent states of atomization and coalescence. His angular constructed images of urban dwellers and the worlds that surround—and shape and reflect—their daily lives, suggest that human beings’ carefully created physical environments are replete with the invisible force of the soul.

Interior Life will remain on view through April 20, 2019. The exhibition is the latest in an intermittent series of Luxembourg & Dayan spotlights on leading contemporary artists whose work inspires fresh thinking about connections between current and historical tendencies in art. 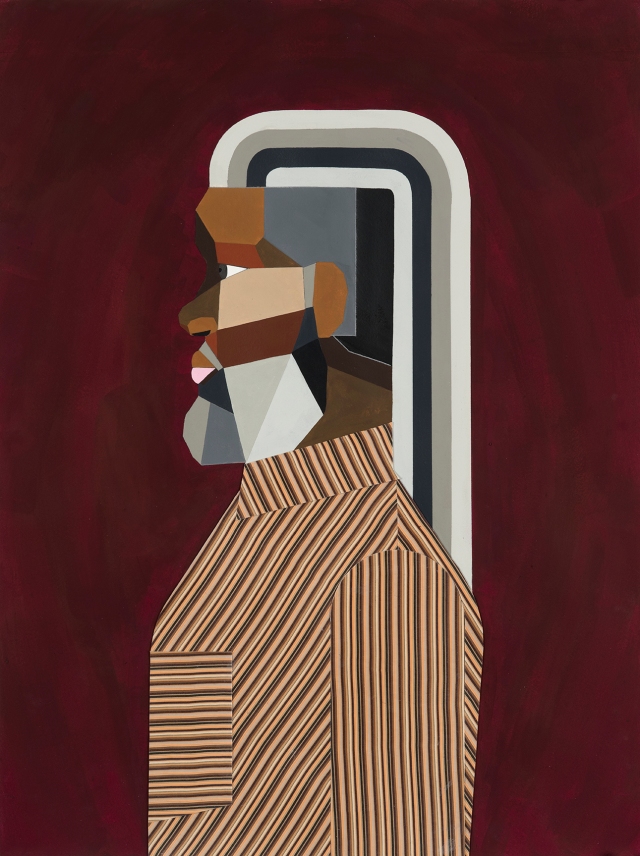 Derrick Adams is a multidisciplinary New York-based artist working in performance, video, and sound, as well as painting and sculpture. His artistic practice is rooted in Deconstructivist philosophies and the ways in which human ideals become attached to objects, colors, textures, symbols, and ideologies. Adams’ work focuses on the fragmentation and manipulation of structure and surface, exploring the shape-shifting force of popular culture on self-image and forward projection.

The process of learning functions as both subject and object in his art, which in turn derives from Adams’ experiences with the iconography of American culture. Immersed in the iconology of the contemporary world and attuned to its persuasive, performa- tive, and sometimes misleading identities, Adams reflects upon the relationship between man and monument as they coexist and represent one another.

Recipient of a Studio Museum Joyce Alexander Wein Artist Prize (2016) and a Louis Comfort Tiffany Award (2009), Adams re- ceived his MFA from Columbia University and BFA from Pratt Institute. He is an alumnus of the Skowhegan School of Painting and Sculpture and Marie Walsh Sharpe Foundation’s Studio Program. Adams’ work has been presented in numerous important public exhibitions, including Greater New York (2005) at MoMA PS1; Open House: Working In Brooklyn (2004) at the Brooklyn Museum; PERFORMA (2005, 2013, and 2015); Radical Presence (2013–14) and The Shadows Took Shape (2014) at The Studio Museum in Harlem; and The Channel (2012) at Brooklyn Academy of Music.

Adams’ work resides in the permanent collections of The Metropolitan Museum of Art, Whitney Museum of American Art, The Studio Museum in Harlem, Virginia Museum of Fine Arts, and the Birmingham Museum of Art. 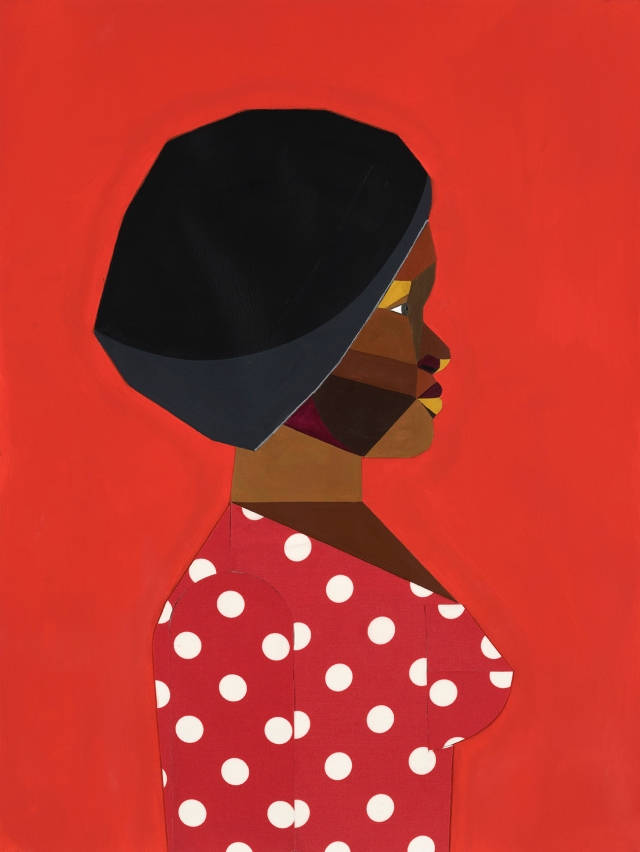