Savona Bailey-McClain is proud to announce the July artists for our Visual Muze Artist Residency on Governors Island. We have Mariam Bazeed, Jay Goldberg, Yehuda Hyman, Jeff Katz, Jacob Nadler, Katie Pettit, Nao Uda.Visual Muze is a project of the West Harlem Art Fund and a registered member of Artist Communities Alliance, an umbrella organization for US artist residencies. 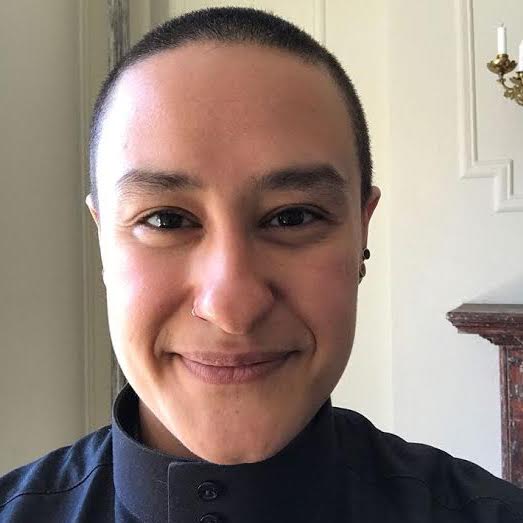 Mariam Bazeed is an Egyptian immigrant living in a rent-stabilized apartment in Brooklyn. An alliteration-leaning writer of prose, plays, and personal essays, Mariam received their MFA in Fiction from Hunter College, and is a singer and performance artist. They have been the recipient of fellowships/residencies from Asian American Writers Workshop, the Hemispheric Institute at NYU, Lambda Literary, Millay Colony, and Hedgebrook. Mariam’s first play, Peace Camp Org—a queer antiZionist musical comedy about summer camp, published in anthology by Oberon Books, UK—has been performed on three festival stages and two continents.To procrastinate from writing, Mariam runs a monthly world-music salon in Brooklyn, and is a slow student of Arabic music.

In his 20s, he worked on political campaigns with the country’s preeminent strategist.  In his 30s, he was a sports agent to athletes, sportscasters, Spuds MacKenzie, and brought Russian hockey players to West Point and Mississippi.  In his 40s, he co-founded a creative design studio that specialized in handmade beautiful baseballs coveted by business titans and bar mitzvah boys.  In his 50s, he opened a unique gallery/shop/community event space on a Greenwich Village side street that became known around the globe.  Now, in his 60s, he’s working on “The Memory of America” and other multimedia art projects.  Jay Goldberg lives in NYC, the city where he was born.

Yehuda Hyman is a dancer, writer and performer and the Artistic Director of Mystical Feet. He was born in Los Angeles to immigrant parents from Poland and Russia. He trained in ballet in Los Angeles with Tatiana Riabouchinska (Ballet Russes de Monte Carlo). At age 16, he received a scholarship to study at Maurice Bejart’s interdisciplinary arts school, MUDRA in Brussels, Belgium. Returning to the U.S. he danced in three Broadway shows and was a member of the original American Dance Machine company touring the U.S. and Japan. He studied acting with Stella Adler, Paul Sills, Nina Foch and Paul G. Gleason and then became a choreographer (theater, opera) and worked primarily in Los Angeles. He left dance to focus on writing (playwriting) in 1990 but returned to dance in 2009, receiving his MFA in Dance from Sarah Lawrence College (2014). Original plays include The Mad Dancers, Center of the Star, Swan Lake Bde Maka Ska (formerly Swan Lake Calhoun), David in Shadow and Light (co-written with composer Daniel Hoffman), Max, Rapunzel and the Night, Tequila, Scenes from a Tango (co-written with John Dantona), The Mad 7 and The Mar Vista which was developed at LABA/14th Street Y and ran at the Pershing Square Signature Center in Manhattan in 2019. His work has been produced at theaters including McCarter Theatre, Mark Taper Forum, San Diego Repertory, Cornerstone Theater of Los Angeles, Theater J, Mixed Blood and Actor’s Theatre of Louisville. He choreographed Paula Vogel’s Indecent at the Guthrie Theater (directed by Wendy C. Goldberg). He has acted in plays in NYC with Target Margin Theater, The Civilians and Rady & Bloom and danced in the Fire Island Dance Festival, 207and has choreographed and performed with Dances for a Variable Population. His many honors include the Kennedy Center New American Plays Award, the NEA/TCG Playwright-in Residence Grant, Playwrights’ Center of Minneapolis Jerome Fellowship and LABA Fellow/14th St Y. He currently teaches Devised Theater at Manhattan School of Music. His essay, “Three Hasidic Dances” was first published in Seeing Israeli and Jewish Dance (Editor: Judith Brin Ingber) and re-published in Dance in America, A Reader’s Anthology (Editor: Mindy Aloff; Foreword by Robert Gottlieb), Library of America. He translates the work of German poet, Eva-Maria Berg into English and Ms. Berg translates his work into German and French. His article about his dance activism in Germany, “Jew in the Pool,” was recently published in Mahol Akshav/Dance Today in Israel and a revised version, entitled, ‘Dancing On Smoke” will be published by Oxford Press in 2021. Yehuda lives in Brooklyn. He is currently making a new work with Mystical Feet Company: Project #2, Untitled. 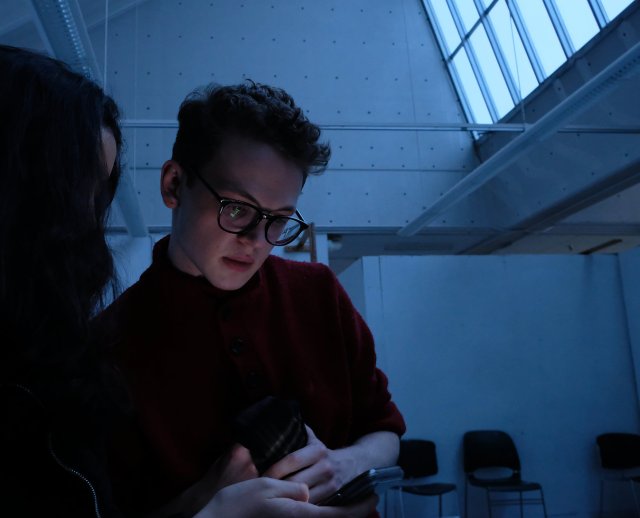 Jeff Katz is an artist, writer, and art director based in Philadelphia, PA and Providence, RI.  He can’t stop thinking about thought, perception, comedy, other worlds, and this world. He loves storytelling in all its forms.

He recently graduated with high honors from the Brown University | Rhode Island School of Design Dual Degree Program with a BFA in Illustration and a BA in Modern Culture and Media & Literary Arts. He is the recipient of the Keith and Rosmarie Waldrop Prize for Innovative Writing, and his work has been published or is forthcoming in The Offing, XO Magazine, and v.1. He also worked as a Creative Director for the Brown Political Review from 2019-2021. 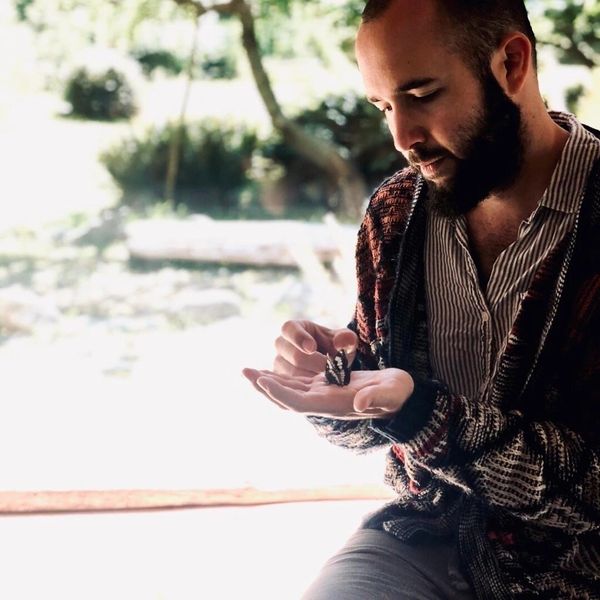 Jacob Nader is visual artist and author who holds an MFA in figurative sculpture. He began exploring storytelling and writing as an extension of his art practice in 2017. Jacob wrote his first novel, A Lantern in the Shade, while living and working in the SWANA region. He self-published the book from his Brooklyn apartment in August of 2020.

Jacob has collaborated with various international arts institutions as an artist-in-residence and visiting instructor, including the Museum of Art & Design, HANGAR Center of Artistic Research, and La Escuela de Diseño de Altos de Chavón. His projects have earned Brooklyn Arts Council grants, and he has taught at the Bedford Hills Women’s Prison College Program – Marymount Manhattan College, Pace University, and the New York State Summer School of the Arts, where he is also the Assistant Artistic Director.  He is currently living in Brooklyn, NY, where he is preparing for upcoming projects and residencies. 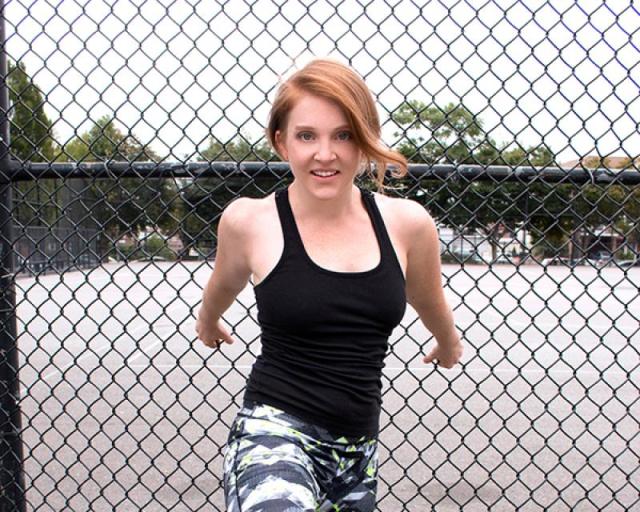 Katharine Pettit is a NYC based Director/Choreographer who served as Susan Stroman’s SDC (Stage Directors and Choreographers) Observer on Bullets Over Broadway on Broadway. Her dance company, Katharine Pettit Creative (KPC), challenges societal norms using dance as a call to action, spotlighting women’s rights and girl empowerment, mental health awareness and Black Lives Matter. Her choreography has been seen in NYC at the 92nd Street Y, The Cell, Choreographer’s Forum, APAP showcases, DUMBO Dance Festival, and regionally at the Detroit Dance City Festival. Katharine is Associate Artistic Director of NY Theatre Barn, a groundbreaking theater company whose sole focus is illuminating untold stories. She is on faculty at Peridance Capezio Center and The Studio (Mount Kisco) and was featured in Dance Teacher Magazine November 2015.

Nao Uda is a Japanese visual artist currently based in Taiwan. After she received BFA Photography at School of Visual Arts in New York City in 2007, she returned to her hometown Yokohama, Japan. She works in several mediums such as photography, ceramics, paintings, and her alter-ego called “Nu”. She has held many solo shows in Japan, USA, Canada and Taiwan since 2006. She has also presented her works in group shows and participated artist in residence programs in several places such as New York, Las Vegas, Canada, China, Finland, Japan, Jordan, Taiwan, and South Korea.