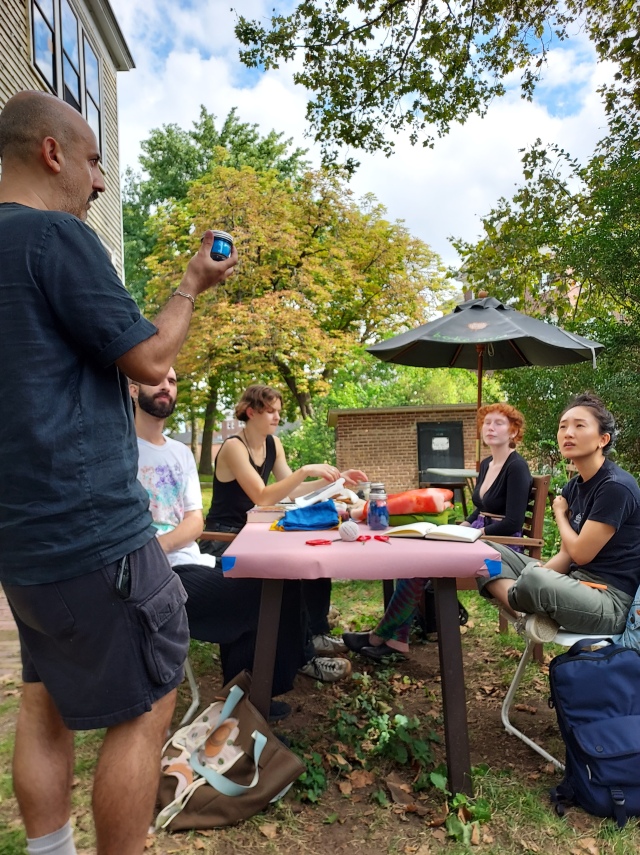 Day One of our Intensive Natural Dyeing Workshop led by Gabriel Rivera. We had great weather for this 2 day event. Rivera gave every participant cotton mesh bags so they can dye with Logwood but also to engage with the practice of resisting which offered different colors to the dark purple that Logwood gave.

Yehuda Hyman is an artist-in-residence with the West Harlem Art Fund and Visual Muze. He has been developing this work since last summer. The August 28th performance was the first time Hyman’s work had been performed live since the pandemic began.

“This is the Time to Dance” was conceived by Hyman with text and movement developed  by the ensemble of actor/dancers under Hyman’s direction: Hallie Chametzky, Grayson Bradshaw, Aviya Hernstadt, Aria Roach, and Stephanie Mizrahi. Performing in the August 28th showing are Chametzky, Bradshaw, Roach and, new to the ensemble, Glenna Yu. In addition, an original musical score by noted NYC musician/composer William Catanzaro, will be performed live by Catanzaro as he weaves around the performers as they move through the night.

Presented under Uptown Pops, a work in progress initiative envisioned by the West Harlem Art Fund and led by Savona Bailey-McClain. These pop up performances allows the public gets to comment on new dance works and connect with the uptown neighborhood of Harlem.

West Harlem Art Fund and Visual Muze are members of the Alliance for Artist Communities, an umbrella organization for American artist residency programs.

Tap dancing workshop with Megan and Toes. Even the Director joined in. And three days of a painting workshop led by Kraig Blue. We had 250 people over a course of three days. Funded by City Artist Corps. 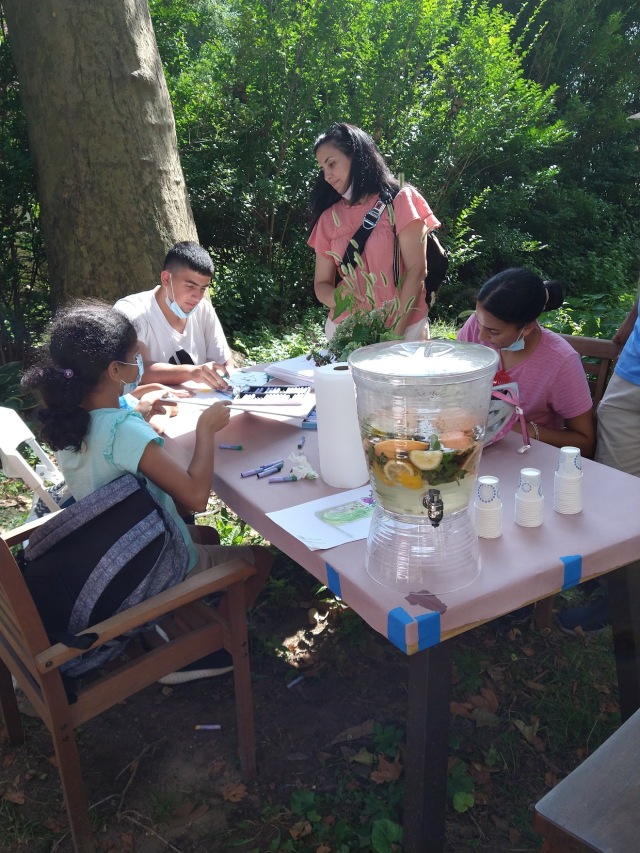