The Trust for Governors Island presents Church, and immersive, contemplative work by Shantel Martin, who enlivens the facade of Our Lady Star of the Sea, a former military chapel, deconsecrated for over 20 years and located in the Island’s Historic District. The season-long exhibition is on view daily through October 31st.

Bringing new life to Our Lady Star of the Sea, Martin uses her signature black and white drawings to create a living, visible beacon in the Island’s Historic District. Inspired by her personal experiences and research on the vibrant history of the Island, Church invites visitors to circumnavigate the former chapel’s architecture through image and narrative, engaging with the dynamism of the landscapes that surround it. In this way, the work serves to highlight and help reimagine a building that has long been empty and closed to the public. Reflecting upon the building’s history, Martin’s large-scale drawing pays tribute to the disused former military structure and honors its legacy as a place of great significance on the Island during its half-century of active use.

Built in 1942, Our Lady Star of the Sea originally opened as a Catholic chapel during the Second World War and the expansion of the former U.S. Army base. Serving as a central hub of religious activity on the Island along with nearby St. Cornelius Chapel, Our Lady Star of the Sea remained in use until 1996 when the U.S. Coast Guard ceased operations on Governors Island. Deconsecrated for over 20 years, the former chapel is one of the few non-landmarked buildings located within the Governors Island Historic District. Martin’s project brings new life and visibility to the former chapel for the first time in years.

Expanding and evolving throughout Governors Island’s public season, in Fall, 2019 the Trust will host weekend programming that is free and open to the public, including poetry readings and events. Additional programming will launch in September, including a partnership with the Poetry Society of America, who will curate three free readings inspired by Martin’s work.

Below the surface of Shantell Martin’s signature black and white drawings is an artist’s inquiry into the role of artist and viewer, where a work of art is more than an object of admiration disconnected from its inception. With a meditative process defined by an uninhibited flow, her compositions embody her internal state and the impermanence of the world around her. Exploring themes such as intersectionality, identity and play, Martin is a cultural facilitator, forging new connections between fine art, education, design, philosophy and technology. London born and New York-based, Martin’s body of work includes solo shows at the New York City Ballet, the 92nd Street Y Gallery, the Albright Knox Gallery and the Museum of Contemporary African Diasporan Arts (MoCADA). She currently teaches as an adjunct professor at NYU’s ITP (Interactive Telecommunications Program) – where she works with her students to push the boundaries of storytelling, visual art and technology – and is a former MIT Media Lab Scholar.

This year’s commission is co-curated by Meredith Johnson, the Trust’s VP of Arts and Culture and Shane Brennan, the Trust’s Director of Public Programs. Since opening to the public in 2005, The Trust has worked with dozens of artists and arts and cultural organizations from across New York City to bring a robust calendar of commissions, exhibitions and events to the Island’s diverse audience. The Trust’s commissioning program gives artists the opportunity to engage with audiences through site-specific projects responding to the Island’s unique conditions. 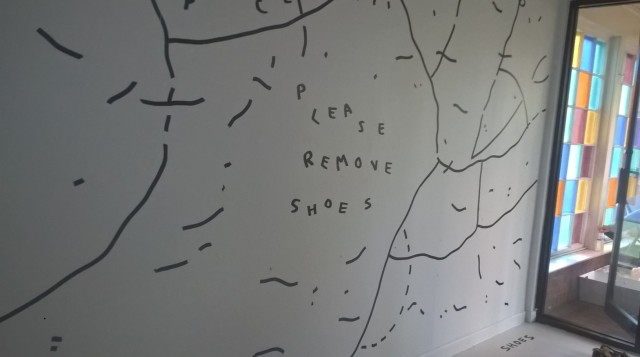