In the year 2020, the West Harlem Art Fund will kick off in January with an artist talk at the Jill Newhouse Gallery and FREE walk led by Executive Director, Savona Bailey-McClain for Master Drawings 2020. These two events hope to bring more diversity and conversation on figurative works. Participating artists include Patrick Dougher, Dianne Smith and Kraig Blue.

Patrick has played and recorded with Grammy award winners Sade, Chuck D (Public Enemy) and Dan Zanes as well as many other notables. He is the drummer on “Dub Side as the Moon” one of the best selling Reggae LP’s of all time.

He has worked as a Teaching Artist in NYC public schools, as an Art Therapist working with HIV positive children and as the Director of community arts organizations. For over 20 years Patrick has used the arts to empower and support the socio-emotional growth and health of “at-risk” and disenfranchised youth of the city.

Through his art Patrick seeks to inspire and to celebrate the noble beauty and divine nature of people of African descent and to connect urban African American culture to its roots in sacred African art, spirituality and ritual.

Dianne Smith is an abstract painter, sculptor, and installation artist. Her work has been exhibited in solo and group exhibitions in New York City’s Soho and Chelsea art districts as well as, numerous galleries and institutions throughout the United States, and abroad. She was an arts educator in the field of Aesthetic Education at Lincoln Center Education, which is part of New York City’s Lincoln Center For the Performing Arts. Since the invitation to join the Institute almost a decade ago she has taught pre k-12 in public schools throughout the Tri-State area. Her work as an arts educator also extends to undergraduate and graduate courses in various colleges and universities in the New York City area. She has taught at Lehman College, Brooklyn College, Columbia University Teachers College, City College, and St. John’s University.

Kraig Blue was born in 1968 in The Bronx, New York, politicized in Washington, DC and liberated in Los Angeles, CA. He is a multimedia sculptor using found materials as metaphors to explore complex socially constructed ideologies and paradigms; creating multilayered sculptural assemblages as altars to become vehicles for quiet contemplation and dialogue.

After graduating Mount Saint Michael Academy, at sixteen years old, he attended New York Institute of Technology as an architecture major, but soon realized his true freedom existed in image making; he took a year off and applied to Fashion Institute of Technology, and in 1989 was accepted as an illustration major. At “FIT” he was able to learn portraiture, figure drawing and painting, oils acrylics, watercolor, graphic design, and a commercially driven work ethic.

For twenty-five years Blue has been a published illustrator, arts educator and visual artist. In 2015, Blue received his BFA at the Laguna College of Art & Design in figurative sculpture, painting and drawing. While there he received the Plotkin Award for Excellence in Fine Art.

In December 2019, he will receive his MFA in Studio Art from The City College of New York.  He has been the recipient of two Conner Scholarship awards and in 2018 the Therese McCabe Ralston Conner Fellowship to study abroad throughout Cuba. Currently Blue is working at the Brooklyn Museum with their criminal justice diversion program – Project Reset. 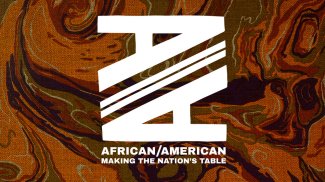 The West Harlem Art Fund is in negotiation for a talk on low country rice culture for the anticipated exhibition — African/American: Making the Nation’s Table. This exciting show will include food tastings, panels, lectures and more. Stay tune for more information

Spring 2020, the West Harlem Art Fund will open their exhibition on Governors Island with a collaborative response to tribal art. The show WITHIN REACH will feature recent graduates from City College’s MFA program and loaned antiquities from Throckmorton Fine Arts Gallery and curated by Sotheby’s Institute students.