Derrick Adams is a multidisciplinary New York-based artist working in performance, video, sound and 2D and 3D realms.  His practice focuses on the fragmentation and manipulation of structure and surface, exploring self image and forward projection.

A recipient of a 2009 Louis Comfort Tiffany Award, and 2014 S.J. Weiler Award, Adams received his MFA from Columbia University, BFA from Pratt Institute, and is a Skowhegan and Marie Walsh Sharpe alum.

Derrick Adams: Patrick Kelly, The Journey is an inHarlem project presented by The Studio Museum in Harlem in partnership with the Schomburg Center for Research in Black Culture and the New York Public Library’s Countee Cullen Library branch. The exhibition is based on artist Derrick Adams’s extensive research into the archive of the influential African-American fashion designer Patrick Kelly (1954–1990), housed at the Schomburg Center.

At the center of Patrick Kelly, The Journey is Adams’s “Mood Board” series, a new body of work responding to Kelly’s legacy as a formalist who imbued social context and humor into his creations. These abstract collages incorporate Kelly’s vintage clothing patterns, as well as his iconic fabrics, colors and shapes: bold and colorful geometric forms, contours of the female body, and buttons and other embellishments. The works exalt Kelly’s formal excellence while demonstrating Adams’s ongoing interest in deconstructing, fragmenting and manipulating structure and surface. 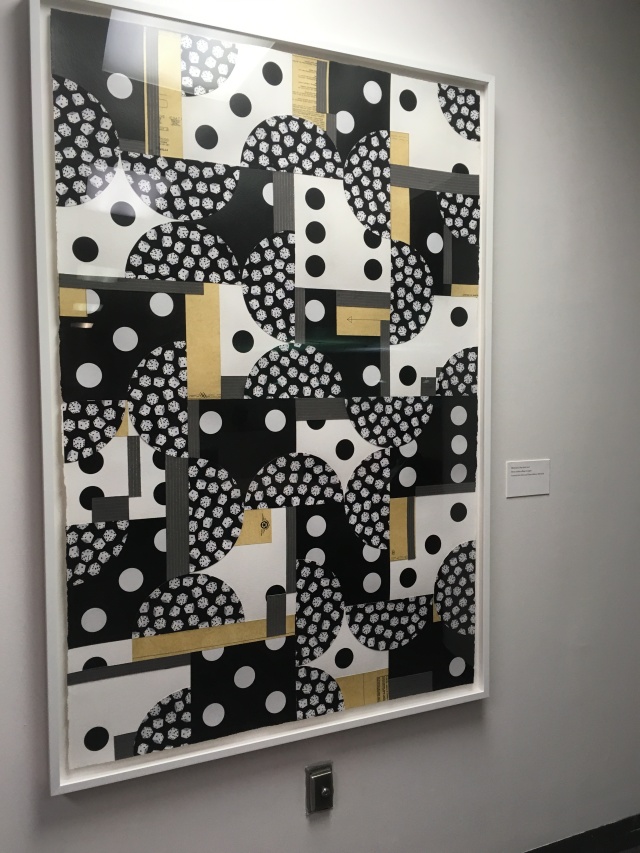